Key points to consider in the operation of a Challenge Fund

This article builds from previous blogs that considered the defining characteristics of a Challenge Fund and key issues in designing such funds. In this article, we drill drown further to explore what the literature tells us about the operation of this type of funding mechanism.

Challenge Funds can play a pivotal role in making innovation possible. To do so, requires different roles at different stages. The first steps are:

We discuss the key points for consideration in these initial stages below, drawing on both our extensive literature review and first-hand experiences with the CCR Challenge Fund (CCR CF). In the later stages of operation, the emphasis is on supporting the development of innovative solutions, a topic that we discuss in our final blog post in this series.

As noted previously, Challenge Funds are goal-directed in nature, setting a goal and inviting others to achieve this goal (Copestake et al, 2015). A key step is identifying the goal itself and this is generally informed by challenge holders who come forward with problems for which no solution currently exists.

There is limited evidence on this topic, but it has been reported that proposers to challenge funds may be expected to form partnerships. A study of the Single Regeneration Budget Challenge Funds reports the requirement that applicants either consulted with partners in developing their application, or that the applicant was a partnership (Foley, 1999). This requirement appeared to be put in place to limit the power of Local Authorities and did have some effect in this regard, prompting Local Authorities to take a lead role in partnerships. The advantage of using a partnership model is that the proposal will already have the support of other interested organisations. Moreover, getting involved in a partnership will often suit voluntary organisations, particularly those that lack the capability to develop Challenge proposals themselves (Foley, 1999).

The CCR Challenge Fund has refrained from placing formal expectations for partnering on prospective challenge fund holders. The only requirements for organizations applying is that they are from across the public sector or not-for-profit sectors and operating in the CCR. However, it is expected that innovation emerging from challenges is replicable, scalable and delivers economic and societal benefits across the Cardiff Capital Region and in initial consultations with applicants, the opportunities of partnering to share the operational responsibilities and widen the potential impact have been discussed. An example is the recently launched Food Challenge (link here) which is being delivered in partnership between Cardiff and Monmouthshire Local Authorities after initial individual proposals were brought together with the support of the CCR CF team.

Similarly, little has been written about the submission process. One study suggests that most Challenge Funds use a two stage process. The first stage is a light touch expression of interest followed by a full submission stage (Copestake and O’Riordan, 2015: 8). In establishing the CCR CF, we took an inclusive approach to initial expressions of interest, building a database of those interested in challenge funds from various positions. We have used this to nurture a Community of Practice (link to info) while retaining a full submission and selection stage for those putting forward challenge proposals (weblink?).

How do Challenge Funds deal with complicated and risky proposals?

Deciding on which challenge proposal to support can raise a lot of tensions for Challenge Funds. One problem here can be that innovative ideas to address complex areas can be attractive in principle but have little or no evidence to support their likelihood of success. Challenge Funds are under pressure to demonstrate prudent use of public resources and will need to seek to manage risk.

In one interesting study of this tension, Goodwin et al (2013) explored the process of bidding for the Healthy Community Challenge Fund. This Challenge Fund was set up to tackle obesity using complex ‘whole town’ approaches. Given the complex nature of the issues, bidders faced difficulties evidencing their proposals. Hence, they drew on a combination of anecdote, local routine data and national policy documents to develop innovative proposals. However, the funding body (the Department of Health) wanted proposals to include “detailed output plans” and expected that bidders would “work using existing evidence based practice” (2013: 110) which prompted bidders to use existing rather than novel interventions.

This tension raises questions about the capacity of funding bodies to support promising but riskier proposals, and the need to allow challenge holders the space to experiment in complex areas in which there is a paucity of existing evidence. It is our aspiration that the CCR CF takes a portfolio approach to allow a range of challenges to be supported.

Can Challenge Funds help distribute funding in a way that achieves social equality and fairness?

In an important paper addressing this question, Brennan, Rhodes and Tyler (1999) compare the allocation of funding through the Single Regeneration Budget (SRB) Challenge Fund with levels of deprivation. In doing so, they reveal the extent to which local issues such as capacity to bid effectively for challenge funding may play a role in the distribution of funds. Interestingly, Brennan and colleagues (1999: 2082) find that the Challenge Fund model was successful in allocating funding to deprived areas:

“all bar 1 of the 99 most-deprived districts received SRB funding and, of this group, the most-severely deprived 20 districts […] received more SRB funding per head of population than the group with less severe deprivation” (1999: 2082)

Equity, along with Equality, Diversity and Inclusivity, are key concerns for the CCR CF and the fund has been used to support a range of Local Authorities and other challenge holders addressing a range of challenges. It is too early for evaluation of the outcomes, but systematic assessment will be a key component in learning from the initiative.

Won’t powerful politicians make sure that Challenge Funds are spent in their constituency?

While investigating the quality of bids funded through the Single Regeneration Budget (SRB) fund, John, Ward and Dowding (2004) looked for evidence that elected representatives were using their positions to allocate resources to their constituency (‘pork-barrelling’) or that there was an allocation of funding to marginal seats as a form of political ‘bribe’ (2004: 411). But the research did not find evidence of direct political involvement. They suggest that this was because politicians involvement in Challenge Funds was limited to specific points in the decision making process, and because civil servants anticipated being questioned about their funding decisions.

The potential for political interest in the CCR Challenge Fund is amplified by the involvement of the 10 local authorities, each of whom can reasonably expect that their investment in the Challenge Fund will have a beneficial impact on voters in their areas. However, the CCR CF operates at the regional level while mindful of the interests of the different local authorities. As noted above, on occasion local authorities have been brought together in managing a challenge and all are encouraged to participate and learn from challenge delivery. It is the intention that stimulating innovation in one local authority area will have spill over effects on neighbours.

Doesn’t competitive bidding just mean that the organisations that have more resources to put into bids get all the money?

Some research has explored the quality of the bids to become challenge holders. One study examined whether the information asymmetry between the bidders and ‘sponsors’ would mean that the achievements of the bidder may not be reflected in the bid and so funding decisions get made based on presentational skills. This would reward bidders who are better or more experienced at presenting bids. Assessing the quality of bids submitted to the SRB on the basis of need, competitive effort, and competitive political factors, John and colleagues (2004) found that competitive factors yielded little improvement to the quality of bids. Bidding led only to the improvement of lower quality bids, suggesting the importance of adding additional resources to the bidding process. In effect, being able to invest more time and money into a bid does help it to succeed.

The CCR Challenge Fund places great effort on supporting the challenge scoping and framing process. In this regards, the most promising initial proposals enter a developmental process with members of the CCR CF team which works to support potential challenge holders in their bid writing process. The intention is to assist in the preparation of a bid before it is presented to the fund’s decision making board, thereby supporting the development of innovative ideas rather than more superficial aspects.

The funds included in Copestake’s (2015) study marketed challenge calls through general (newspapers, radio) and more targeted (e-mail circulation lists) media mechanisms. Marketing entails a trade-off between creating fair opportunities for any potential applicant to apply and ensuring there is a “sufficient quantity of quality bids” to consider (2015: 8). The difficulty of maximising inclusivity is the costs this introduces. While broader more inclusive calls may result in a larger number of more creative applications, it also increases the costs of identifying and managing this range of applications. More selective marketing processes may reduce equity and opportunity but may also achieve additional fund priorities such as rapid fund disbursement.

These marketing considerations apply to both the process of finding challenge fund holders (people who want to develop an innovation for their area of work) and challenge fund responders (a company developing an innovative solution). The CCR CF sought to ensure broad awareness and participation through its initial marketing. The CCR Challenge Fund managers took the decision to provide extensive feedback to initial proposals even if they were not a good fit. The hope was that this would encourage applicants to return with new proposals in the future or pursue other more appropriate support. Moreover, the Challenge Fund acts in partnership with the Infuse programme (add link) to support the development of innovation capacities within local authorities across South Wales.

Marketing calls to develop innovative products implies working with partners across industry. In this regard, the CCR Challenge Fund has used different platforms to raise awareness of call competitions and worked successfully in partnership with others including Welsh Government, SBRI Centre of Excellence and the Innovate UK KTN.

Challenge Funds are complex funding mechanisms that need to balance often competing interests. The CCR Challenge Fund raises additional challenges because it is focused on developing innovative and procurable solutions to problems in the public sector. Many of the tensions identified above are managed in the day-to-day operation of a Challenge Fund and through the role of the Fund Manager, topics we will address in our next blog. 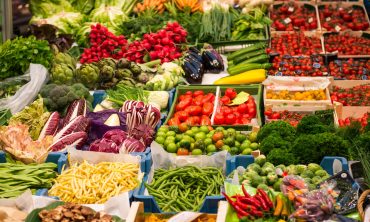 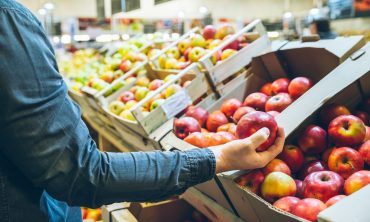 Talk to our team

Be the first to hear about our latest announcements

Brought to you by: